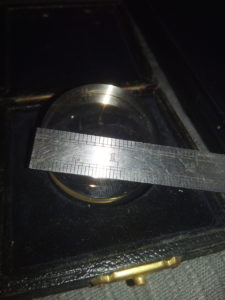 In March 2022 we received an email from Mark Wickers who unearthed a collection of OMT objects while clearing effects from a house in Windsor. 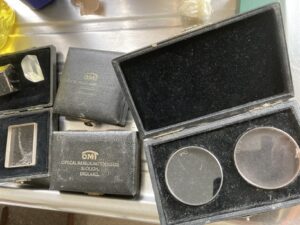 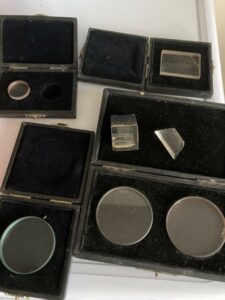 They were all in OMT cases, so he googled OMT to see what they might be, discovered our website and got in touch.  Mark kindly supplied these photos, which show he has a selection of optical flats, micrometer gauges and several types of prism.  The cases all date from the OMT Slough era, so they must have been manufactured between 1940 and 1953. 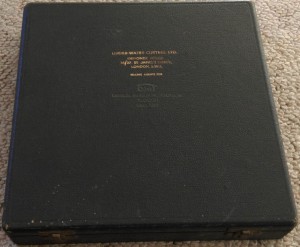 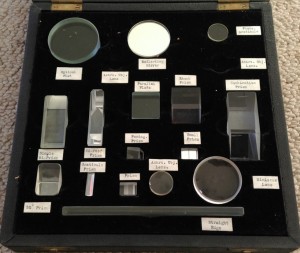 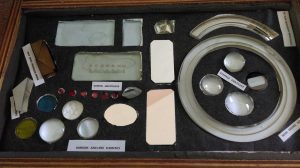 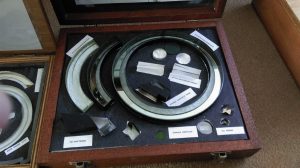 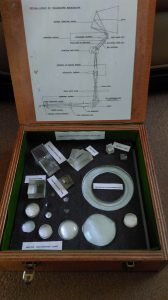 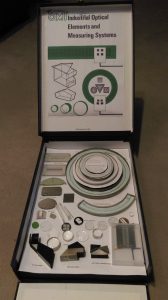 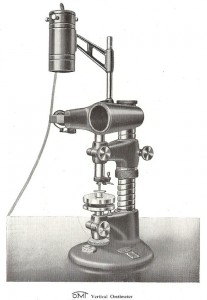 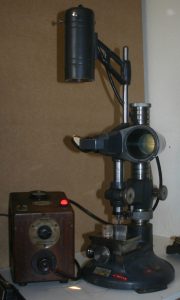 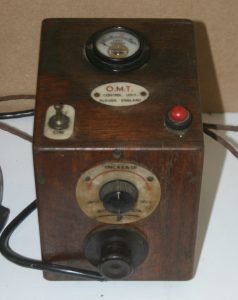 In this photo, the unit is being used to check a gauge block against an OMT glass 1.0000″ block.  You can find more of Dave’s photos at https://www.collection.archivist.info/searchv13.php?searchstr=omtimeter. 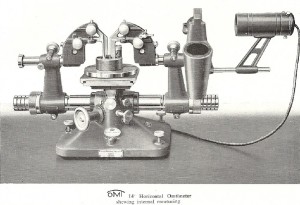 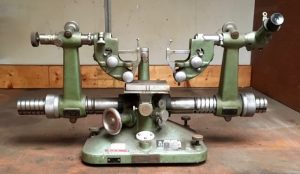 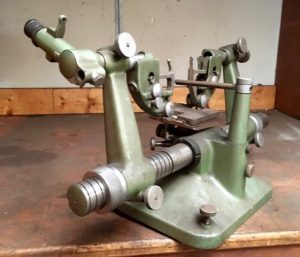 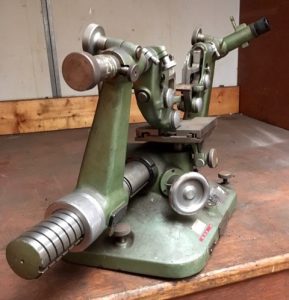 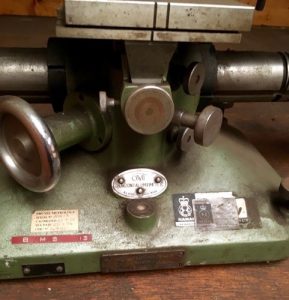 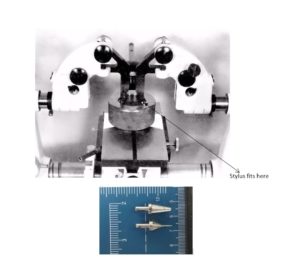 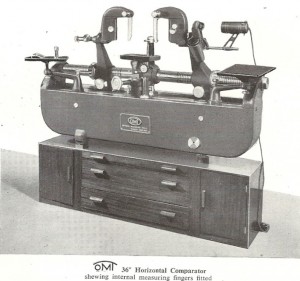 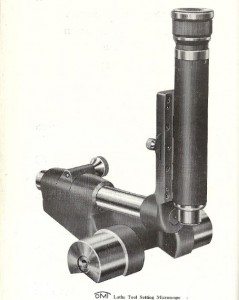 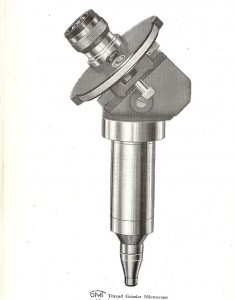